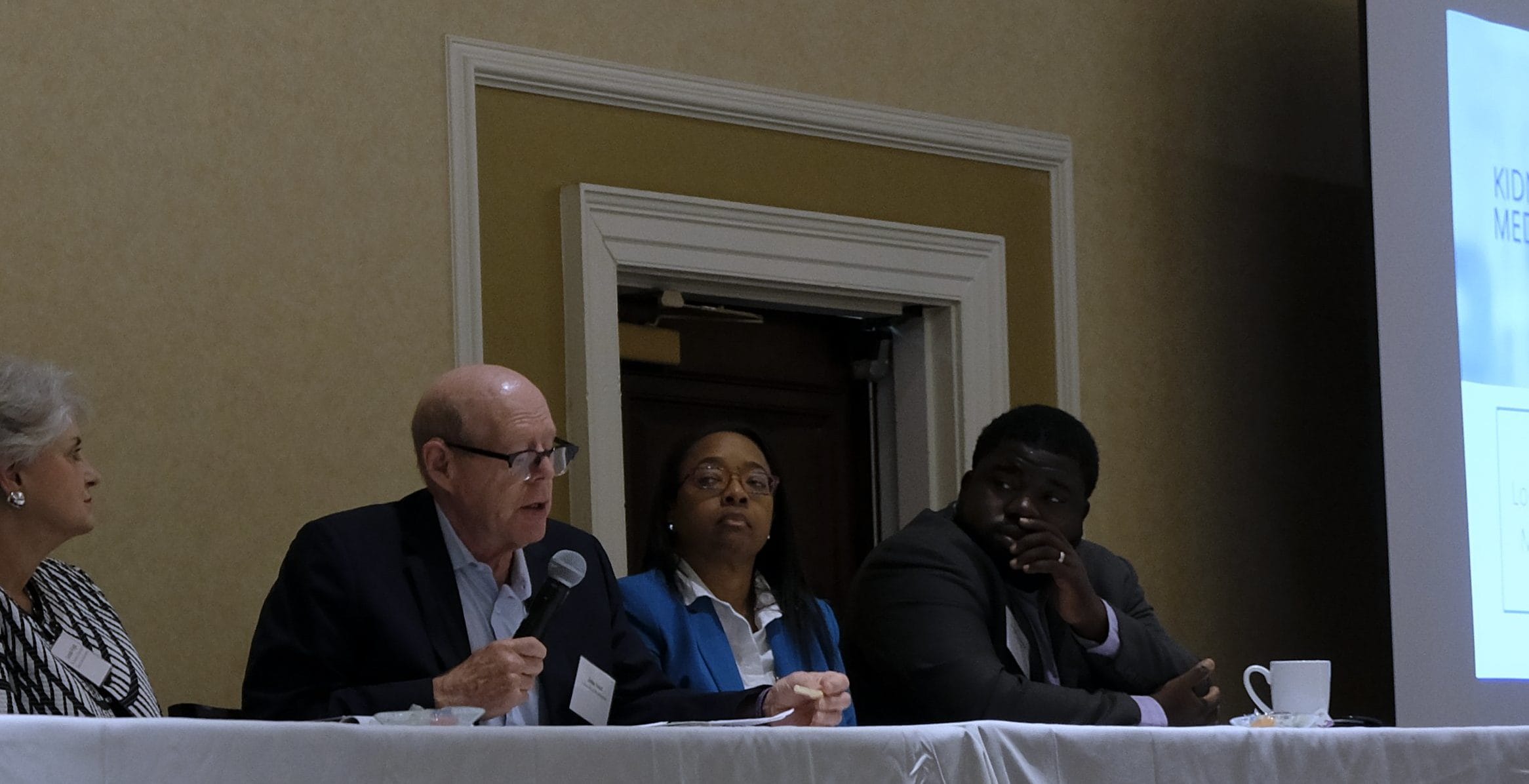 Like the “fresh fish” prisoner in the movie “Shawshank Redemption,” I kept telling KPMP, “You don’t understand. I’m not supposed to be here!”

Probably many patients feel that way, but probably because they never asked to have kidney disease, never asked to be on dialysis, never planned to have a kidney transplant, never wanted to be so sick they would one day be considered for the Kidney Precision Medicine Project.

I felt that way because I didn’t think I had been sick enough.

My experience as a kidney patient is very limited, especially compared to others involved in the project. I spent maybe a week on dialysis in 1990 when my kidneys stopped working after ACL replacement surgery and a pulmonary embolism. Fortunately, that was enough dialysis to remind my kidneys how to do their work, and they returned to the task.

I want to work as hard as possible to help
make this project a success.

I had another surgery in 2011, and more blood clots kept me in the hospital longer than expected. That’s when the ASSESS-AKI recruiters signed me up for their study. And they were the ones who, in 2017, saw me as a good candidate for KPMP, despite my protesting, “I’m not supposed to be here.”

But now that I am, I want to work as hard as possible to help make this project a success. I want it to find new ways to treat acute kidney injury (AKI) and chronic kidney disease (CKD). I want the scientists in the study to identify targeted therapies for this disease. And I want them to take the patients’ experience into account.

This dedication comes from two sources: family and friends’ experiences with kidney disease.

Even without my own problems in 1990, I knew something of kidney disease. My father had renal problems all his life and in the 1960s, when he was in his 40s, one of his kidneys had to be removed. My wife’s grandmother also lost a kidney to disease.

Before attending the KPMP gathering in August, I asked Facebook friends to share with me their experience as medical patients, especially those with kidney complications, so that I could go to the meeting armed with information my own experience did not provide.

I heard lots of stories from the “transplant world” about fears of not surviving on dialysis long enough for a donor to be found, about rejection of the new organ, about setbacks after transplants and about stress over the high cost of the procedures and medicines and the challenges of getting help from insurance companies.

But I also heard stories of how fortunate these patients felt in having doctors, nurses and other caregivers who were expertly trained, open with medical information and very supportive.

Since returning from the August meeting, I have heard from two other friends with serious kidney conditions, and I hope to share what I learn from them with KPMP.

At the August meeting in Bethesda, I was in awe of the other patients in the study and their stories. One patient had had four kidney transplants, another two. A young father of three children is “pre-transplant” and hopes to be there for his children in 20 years.

I was especially struck by a statistic shared by Richard Knight, vice president of the American Association of Kidney Patients: 60 percent of dialysis patients go there from the emergency room, unaware that they had the “silent killer” until their failing kidney function put them in a dire situation.

Knight’s kidney function was down to 12 percent when protein was found in his urine during a test taken for another procedure. From there, he went on to dialysis and a transplant.

I want another part of my KPMP participation to be telling anyone who will listen this general health take-away: Find out if your routine medical tests include creatinine levels and glomerular filtration rates (GFR), indications of how well your kidneys are working. Talk with your doctor about what your numbers mean.

KPMP is “team science putting together many disciplines to create and disseminate knowledge” that may one day eliminate kidney disease.

Like my online informants who shared their medical experiences, I was impressed with the talent, learning and dedication displayed by the scientists, doctors, technicians and other caregivers in nephrology. Those at the August meeting mostly talked over my unscientific head, but it was clear that, in the words of one presenter, KPMP is “team science putting together many disciplines to create and disseminate knowledge” that may one day eliminate kidney disease.

Much of the scientific and ethical discussions involved “obtaining kidney tissues from individuals volunteering to participate.”

Persuading the public to sign up for “research biopsies” could be a hard sell. The stories of patients and the promised benefits to future patients may be the best chance of obtaining the tissue needed to build a kidney atlas and develop treatments from it.

I hope I can play a role in telling those stories, which is why I signed up for the community engagement work group. I may not have much personal experience as a kidney patient, but what I have learned from others makes me feel like I’m supposed to be here.